Other prizes were presented to young people from organisations with whom the livery company works closely: From HMS Forth Leading Chef Harper won the Outstanding Service award and ET (WE) Philpot the award for All Round Contribution. 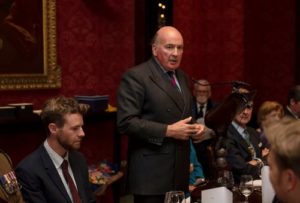 The Build Up FOUndation awards were made to Rokia Khelounda and Joy Muiruri.

All awards were presented by guest of honour Lord Rchard Dannatt GCB, CBE, MC DL, whose message to young people was “Set your goals. Aim high and be the best you can be.”