UK market for bricks, blocks and precast concrete products at highest level since 2007 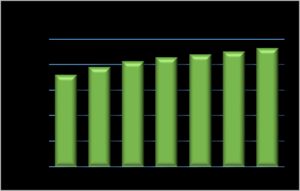 This is the highest value achieved since just prior to the recession in 2007, and market value is forecast to exceed this in 2018. The products covered in this market are bricks, blocks, precast concrete and natural and cast stone products, with precast concrete products representing the single largest product sector.

Director at AMA Research, Keith Taylor said “Growth in this market has been underpinned by recovery and rapid recent growth in the house-building sector in particular, as well as higher levels of output from key non-residential sectors including infrastructure, commercial offices, education and entertainment & leisure. Non-residential output remains somewhat volatile, particularly since the EU vote, which introduced a level of uncertainty affecting both business confidence and levels of investment.”

There are negative factors currently impacting growth in the market. Lower levels of consumer confidence and downward pressure on household incomes have impacted private RMI activity and are likely to constrain spending going forward with little signs of the squeeze on household disposable incomes being relieved. Additionally, both the bricks and blocks sectors have experienced recent supply issues as suppliers have struggled to cope with the significant rise in demand.

Demand for bricks has accelerated since the house-building sector returned to growth in 2014 and entered a period of sustained recovery after several years of volatility. In March and May 2017 brick sales in the UK rose to their highest levels for a decade and builders’ merchants and other distributors were reported to be replenishing stock levels after an industry-wide destocking in early 2016.

The precast concrete blocks market is also performing well, and in 2017 sales reached their highest levels in a decade in value terms following 14% growth over the period 2015-2017. One of the most important drivers of this growth has been the significant and sustained rise in house-building activity, with the residential sector a heavy user of a wide range of precast concrete products, including blocks. Demand is also underpinned by positive trends in non-residential construction where the main drivers for growth are the infrastructure, education and commercial office sectors.

Going forward, the individual product categories covered in the report are all expected to continue growing. However, the annual rates of growth are likely to be lower than those experienced 2013-16, at around 2-3%, but expected to rise more strongly 2021-22, once the Brexit-related uncertainties have been resolved and the market begins to regain some stability. Future demand will be underpinned by sustained growth in residential output, although the rate of growth, in terms of both new-build and RMI, is expected be slower than that experienced 2013-16.

I'm the Assistant Editor on BMJ. If you have any product or people information, or some news you'd like to share, please feel free to email me.
Previous Dunlop launches “Tilers Primer”
Next JG Speedfit’s new campaign to create a surge in footfall and demand for stockists