The UK construction market was higher in July 2018 than in June, showing the fastest increase in residential work for just over two-and-a-half years.

At 55.8 in July, (up sharply from 53.1 in the previous month,) the index showed the fastest rise in overall construction output since May 2017 (above 50 is the point at which it gets better rather than worse). Survey respondents saw demand iprove, higher volumes of new project starts and, in some cases, a degree of catch-up from the bad weather earlier in 2018. 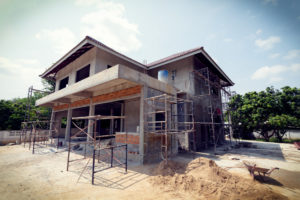 House building did best, with the latest upturn the strongest since December 2015. Commercial work also picked up at the fastest pace for just over two and-a-half years. Civil engineering  work increased only moderately, albeit at a sharper rate than in June.

Tim Moore, Associate Director at IHS Markit and author of the index said:  “July data reveal an impressive turnaround in the performance of the UK construction sector, with output growth the strongest for just over one year. While the recent rebound in construction work has been flattered by its recovery from a low base earlier in 2018, there are also signs that underlying demand conditions have picked up this summer.

“New business volumes expanded at the strongest rate since May 2017, while workforce numbers increased to the greatest extent for just over two-and-a-half years. House building was the bright spot for construction growth in July, alongside a stronger upturn in commercial development projects. Residential activity and commercial work both increased at the sharpest pace since December 2015, which contrasted with another subdued month for civil engineering.

“Supply chains struggled to keep up with greater demand for construction products and materials, which resulted in the greatest lengthening of delivery times since July 2017.”

Duncan Brock, Group Director at the Chartered Institute of Procurement & Supply, said: “Purchasing managers were busier than ever this month with a welcome surge in new orders and the fastest rise in construction work since May 2017.

“The fly in the ointment was longer lead-times across the construction supply chain. Rising demand meant that supply chains creaked under the strain and delivery times lengthened to the greatest extent seen in 12-months. Material shortages, limited inventories and capacity pressures bore down, as constructors caught up on previous weather delays and stocked up for new orders.

“Looking ahead, though optimism remains at lower than average levels, with the biggest rise in job creation since December 2015, there’s some conviction that the future is brighter, at least in the short-term. Bearing in mind the sector has experienced a number of twists and turns over the last couple of years, we must all remain watchful for any return to uncertainty as Brexit approaches.”