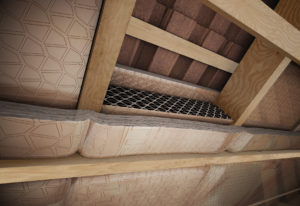 While the call by Dame Judith Hackitt for products to be tested within a system is aimed at improving building safety, the principle should apply to other construction components, believes insulation specialist Actis.

Its UK and Ireland technical director, architect Thomas Wiedmer, says testing products within a wider system – rather than in isolation – will give a truer picture of how they will perform in real life.

“The current problem is that individual elements of a construction are being used as part of a compound system that are not being fully tested as systems,“ he explained.

“And test conditions used do not always reflect real-life conditions. Furthermore, products are often substituted throughout the design and specification process of a project, which might have a considerable negative impact on the overall system.

“Dame Judith, in her review following the Grenfell tragedy, says that government should restrict the use of desktop studies and that products should be tested within a full construction system. Testing data should be made transparent and publicly available for a much cl 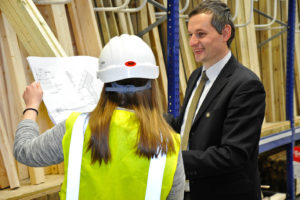 earer product classification and labelling as well as product traceability.

“She has rightly called for an integrated systemic change, an overall culture change which includes a more effective testing regime. The review reveals that so many products, while performing well on paper or individually, simply do not function as predicted when used as part of a system or in real life.”

All products in the CE marked, NHBC approved, LABC and LABSS compliant Actis Hybrid system have been dual tested as individual components as well as within construction systems to measure their as-built performance, U-values, air tightness and ability to eliminate thermal bridging.

I'm the Assistant Editor on BMJ. If you have any product or people information, or some news you'd like to share, please feel free to email me.
Previous Howarth Timber’s new-look Wakefield branch
Next New user-friendly website for Forticrete