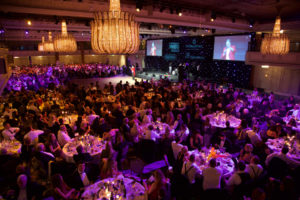 Singer Pixie Lott, who got to the quarter final of the BBC One show in 2014, will headline the annual buying group event at the Grosvenor House Hotel in London.

There will also be a display of Latin and Ballroom dancing by professional dancers, Ola and James Jordan, who last appeared on the show in 2015 and 2013, respectively.

Pixie Lott first hit the charts in 2009 with her debut single Mama Do, which went straight to number one in the UK singles charts.

Supporting cabaret for the night will be provided by Jersey Gals and house band Fully Funktional will be back, rounding off what is sure to be an incredible evening of entertainment and networking.