Shaylor Group has announced its appointment to public sector procurement specialist Pagabo’s new National Medium Works Framework. Running for three years with an expected spend of between £50m and £1bn, the framework can be used by any public sector body including schools, NHS organisations, housing associations, leisure providers, libraries and museums.

The framework is split into three Lots, of which Shaylor Group successfully bid for a place on two, covering projects with construction values between £1m – £5m (Lot 2) and £5m – £10m (Lot 3). The framework will cover, but is not limited to, new builds, extension, refurbishment and maintenance requirements.

The appointment builds on Shaylor Group’s previous performance on Pagabo’s four year Minor Works Framework and accomplished reputation in the public sector. In particular, their public sector expertise covers framework agreements with DWP, HMRC, Mapeley Estates, the Ministry of Justice and the Foreign and Commonwealth Office.

CEO Stephen Shaylor commented “Working with the public sector is something Shaylor Group excels at, having framework appointments with government bodies dating back to 2002. We look forward to once again bringing our expertise to this framework and delivering first rate projects nationwide.” 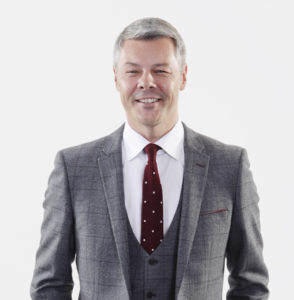 I'm the Assistant Editor on BMJ. If you have any product or people information, or some news you'd like to share, please feel free to email me.
Previous Free Christmas cookery demo day at Covers
Next Mock Trial helps construction team master health and safety challenges‏