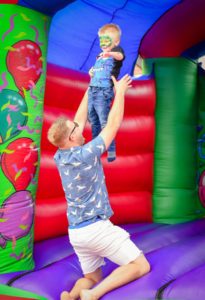 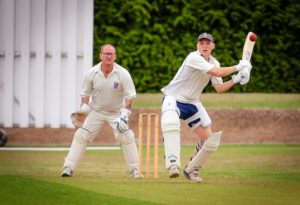 Families, friends and Russell Roof Tiles staff were bowled over this weekend, when they attended the roof tile manufacturer’s Family Fun Day, which saw more than £1,500 raised for charity.

The event, which took place on Sunday (19th August) at Trentside Cricket Ground in Branston, was hosted by Russell Roof Tiles in a bid to raise money for its chosen charities of the year, including Staffordshire, Shropshire and Cheshire Blood Bikes and Dumfries and Galloways Blood Bikes, which both carry out life-saving work in the community.

More than 150 people attended the event for an afternoon of cricket, games, food and drink. The main event of the day was a competitive cricket tournament, which allowed 48 players to compete from across four teams. The teams took part in 12-overs cricket matches, with the winning team, Herbie Hammers taking home the coveted Russell Roof Tiles trophy.

Employing 160 people at its two sites in Burton and a further site in Lochmaben, Scotland, Russell Roof Tiles held the event a 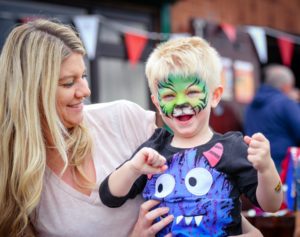 s part of its yearly fundraising, having previously raised an impressive £56,000 for a variety of organisations since 2015. The money from this event will undoubtedly go a long way in supporting the chosen charities’ vital work.

Paul McLoughlin, Commercial Services Director at Russell Roof Tiles, said: “We’re delighted that we were able to raise such a substantial amount for charity at this year’s Family Fun Day.

“It’s amazing that so many people were able to attend and get involved with our fundraising efforts, as without them, the event wouldn’t have been possible”.

Andrew Hayward, Managing Director at Russell Roof Tiles added: “We’re grateful to all of our excellent staff that went above and beyond to ensure the event ran smoothly. The fun day was an astounding success and their support was a crucial part of this.

“Likewise, I’m thrilled that the event raised such a significant amount of money for charity, which will go towards some very worthy causes. Thank you to everyone who attended.”

I'm the Assistant Editor on BMJ. If you have any product or people information, or some news you'd like to share, please feel free to email me.
Previous Montpellier Compact Wall-Mounted Tumble Dryer
Next Kingspan Environmental Renamed Kingspan Water & Energy