After 17 years as Sales Director for Matki and 34 years with the company in total, Des Rocks is set to retire at
the end of the Summer.
Rocks joined Matki as a Sales Representative, rising quickly through the ranks to Regional Sales Manager in 1989.
Appointed to the board of directors in 2001, he 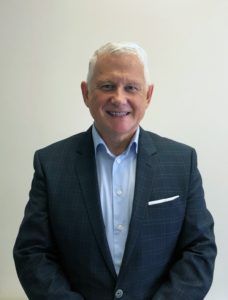 set to work alongside Matki’s founders, modernising the sales
side of the business during a crucial period of growth. Since then, he has led the Matki Sales Team and Dealer
Network to crucial commercial successes, guiding a steady ship throughout the regular ups and downs of the
KBB industry.
Nicholas Cunild, Matki MD remarked: ‘It is with tremendous appreciation Matki bid farewell to Des, his
contribution here has been enormous and he will be missed by his team, colleagues and his customers. As a
licensed Pilot and an ardent traveller, retirement isn’t a term I know Des will want to use, I’m sure the next
few years will turn up many adventures for him!’

I'm the Assistant Editor on BMJ. If you have any product or people information, or some news you'd like to share, please feel free to email me.
Previous Methven enters Kitchen Tap market
Next Intelligent Energy to lead zero emission discussion at UK Construction Week

Lakes splashes out on new board appointment