Landscaping specialist Pavestone has announced that it has appointed Tom Parker as a non-executive director with effect from 5 November 2018. 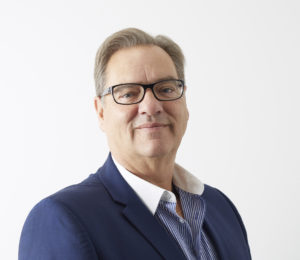 In a career spanning 46 years, Parker started his builders’ merchant career at the age of 17, working for MP Harris at the Bexhill on Sea branch. In 1984 he formed Parker Building Supplies and went on to build the business in to the 18th largest builders merchant in the UK, listing a highpoint, buying the Bexhill branch where he started working 42 years later. In March this year he sold the business to Cairngorm Capital.

At the same time as building a successful business, Parker served 8 years on the board of UNIMER, played a fundamental role in the transitioning period following the merger with NMBS in 2014 and after the successful merger continued as a non-exec with the NMBS board until the sale of his business this year. He also was instrumental in the formation of NBG (National Buying Group) in 2003, where he also served on the board and as Chairman for a period.

Pavestone managing director Kevin Fowler said: “I am delighted to welcome Tom to the Board. With his extensive experience in the builders’ merchant industry and the particular interest Tom has always had in hard landscaping, he will be a valuable addition to the Company’s board level resources and will broaden the capabilities and experience of our board of directors.”

Parker added: “I have been a customer of Pavestone since its formation in 2003 and have admired not only the considerable growth that the company has achieved over the 15 years but also how the trading ethos and relationships with customers has been maintained during that growth. I’m delighted to have been asked to serve on the board where I look forward to contributing to their continued success and growth strategy.”