MKM’s litter heros get to work in Morpeth

The Morpeth branch of builders merchant MKM has helped our its local litter picking group. 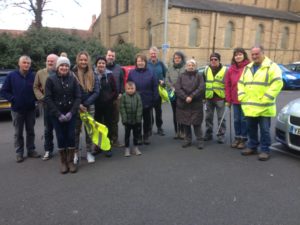 The blitzes are part of Keep Britain Tidy’s Great British Spring Clean. The campaign, running from 23 March until 23 April, encourages ‘clean-ups’ all around the country. So far, the national scheme has involved over 500,000 Litter Hero volunteers.

Alun James is branch director at MKM Morpeth; he has been lending a helping hand to the litter picking efforts for over 11 months. He said: “Keep Britain Tidy’s scheme is a fantastic one that we were thrilled to get behind. We’re all so proud of our fantastic local areas – so we didn’t hesitate to lend a helping hand to the Litter Heroes.”

Group Managing Editor across the BMJ portfolio.
Previous Caroline bowls up at Keyline
Next Why training is time well spent