Chris Harrop, the group marketing director of hard landscaping manufacturer Marshalls plc, has been awarded the Order of the British Empire for services to the prevention of modern slavery and exploitation in the Queen’s new year’s honours list. 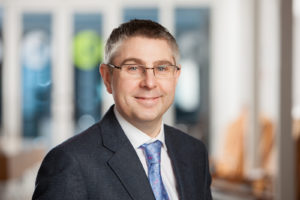 Stretching back to 2005, Harrop spearheaded Marshalls’ efforts to eliminate child labour and bonded labour from its global supply chain – particularly in countries such as India, China and Vietnam – as well improving working conditions.

He continues to visit its quarries around the world to meet the group’s on-the-ground social auditors who are responsible for the monitoring of standards daily.

He has also pioneered a ‘Find and Fix’ programme across the Marshalls plc business that educated its employees, customers and suppliers both in the UK and overseas on how to watch out for and report possible cases of modern slavery.

Harrop said: “Despite this being a huge personal privilege for me, it is sad that slavery remains a scourge on humanity almost twenty years into the 21st century. Even in the UK, there are an estimated 136,000 people trapped in slavery today. One is too many, wherever they are.”

Harrop joined Marshalls in 2002 and has overseen several other major corporate social and environmental responsibility initiatives, helping the business to qualify for the FTSE4Good Index for the first time in 2006, something that remains today. He also holds several non-executive roles at global and UK organisations focused on corporate ethics and sustainability.

Since 2011, Harrop has been a director at the Ethical Trading Initiative (ETI) – an alliance of companies, trade unions and NGOs that promotes respect for workers’ rights around the globe and counts the Co-Op, H&M and the Body Shop among its membership.

He is the current chairman of Made in Britain, an organisation committed to supporting British manufacturers making the most of opportunities domestically and overseas, and a former chair of the United Nations Global Compact, the world’s largest corporate sustainability initiative.

In 2016, Harrop travelled to the North Pole on behalf and filmed his journey to raise awareness of the impact of climate change on the polar regions.

He continued: “Sustainability and ethics are not just ideals to me but essential foundations of market leadership and values that we have instilled in the Marshalls brand and business.

“The business was established in the 1880s and today it leads by example as one of the most progressive and responsible corporates in the UK. It takes an immense effort to do this on the part of each one of our people, every single day, who all live and breathe our principles. This award is recognition for everyone at Marshalls and their tireless work over the last 17 years as much as it is for me.” New BMF Centre of Excellence opens in the North East