The Victorian Gothic-style building, reopened over the weekend of 22nd-23rd September as a new area for contemporary arts, doubling the size of the gallery.

Formerly known as Camberwell Fire Station, the station was built in 1867 shortly after the establishment of the London Metropolitan Fire Brigade. The building is Grade II listed and the oldest surviving purpose-built fire station in London. Replaced in the 1920s by a new fire station, the old building later served as the factory and headquarters of Kennedy’s a local butchers and sausage company from 1934-2007. The Fire Station was later auctioned off in 2008 before being donated to the South London Gallery in 2014.

The company supplied the renovators with around 10,000 Plain Gaults to carry out the extensive project. Coming in creamy white or yellow colour, with smooth faces, Plain Gault bricks were in widespread use across London, Suffolk and Cambridge throughout the late Georgian, Victorian and Edwardian eras.

The bricks, which get their name from the Gault clay used to make them, are sometimes referred to as “Cambridge” or “Suffolk Whites” having dominated the facing of many important late eighteenth, nineteenth and twentieth century buildings throughout these areas. Legend even has it that Plain Gaults produced by kilns in the Suffolk village of Woolpit and exported to America were used to build the original White House of the United States. 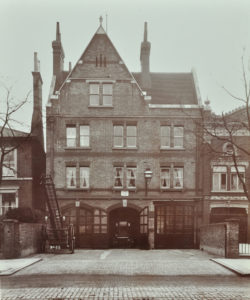 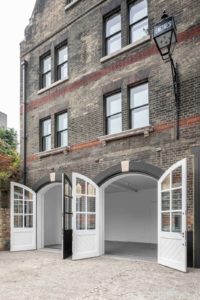