Ahead of Parliament’s meaningful vote this evening on Prime Minister Theresa May’s proposed deal with the EU, the UK’s logistics industry has reminded politicians that a No Deal Brexit would break her promise made in January 2017 to keep trade as frictionless as possible.

Representatives of the UK’s leading logistics organisations, including shippers and hauliers as well as the industry’s trade association FTA, which represents more than 17,000 businesses nationwide, have signed an open letter to Mrs May, shared with all MPs, which reminds Parliament to consider the needs of those tasked with keeping Britain trading and understand the costs and disruption of a No Deal departure from the EU on the UK economy, both in the short-term and the long-run. 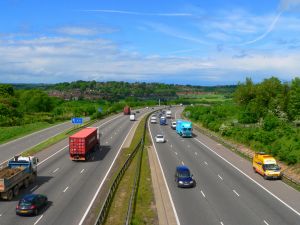 “For the past two years, the logistics industry has been warning of the potential disruption and damage of a No Deal Brexit,” says James Hookham, FTA’s Deputy Chief Executive, “which could include short-term gridlock at ferry ports if customs processes and checks are not implemented smoothly, shortages of perishable foods and medicines, restrictions in the labour market caused by a shortage of workers as they return to the EU and severe delays for imports and exports which would hinder the UK’s manufacturing and retail sectors. The Government believes it has developed the necessary procedures to be followed but yet there is still so much to be agreed and announced.

“Whatever the final outcome of tonight’s vote, and those later this week, the logistics industry needs sufficient time to learn, adapt to and implement the necessary operational processes to comply with the announced procedures.  With just over two weeks to go until the UK’s proposed departure from the EU, it is worrying that we still have so much to clarify.”

Today’s letter lays out the priorities which, Hookham explains, the logistics industry has been lobbying Government for clarity over since Article 50 was triggered, back in 2017:

“The logistics industry is agile and adaptable, and will respond to challenges, but it is impossible for those involved in complex supply chains to adapt to new trading conditions in a matter of days. The sector still needs confirmation of many aspects, including whether road haulage permits will be required, the level of Customs tariffs, access to a skilled workforce and how red tape will be minimised for imports and exports.  Slipping to a No Deal situation, and reverting to complicated WTO rules and tariffs, would impose additional costs of between 5 and 35 per cent on the UK’s supply chain.

“Mrs May needs to urge Parliament to recognise the real jeopardy that a No Deal Brexit, as outlined in today’s letter, would impose on the logistics industry and the country as a whole.  Business cannot trade on “what if’s?” and “maybe’s” – a transition period to whatever the new market arrangements will be is essential if Britain is to keep trading efficiently after its departure from the European Union.”

Efficient logistics is vital to keep Britain trading, directly having an impact on more than seven million people employed in the making, selling and moving of goods.  With Brexit, new technology and other disruptive forces driving change in the way goods move across borders and through the supply chain, logistics has never been more important to UK plc.  A champion and challenger, FTA speaks to Government with one voice on behalf of the whole sector, with members from the road, rail, sea and air industries, as well as the buyers of freight services such as retailers and manufacturers.

I'm the Assistant Editor on BMJ. If you have any product or people information, or some news you'd like to share, please feel free to email me.
Previous Bushboard Publish FAQ Guide to Solid Core Worksurfaces
Next BMF lobbies Hammond prior to Spring Statement