Stunell has been a member of the House of Lords since 2015, following his retirement as an MP.  He is currently working with the construction industry on the development of a coherent industry-wide response to the challenges of Brexit.

He had a 20-year career in construction before he was elected to the House of Commons in 1997 where he served variously as Chief Whip and shadow Secretary of State for Environment, and DCLG.  As a backbench MP he steered the Sustainable and Secure Building Act into law, laying the foundations for later moves towards zero carbon homes. He served as a DCLG Minister in the Coalition government from 2010 to 2012 and introduced the uprating of energy performance standards in building in 2011.

The theme of BMF Members’ Day Annual Conference 2018 is “The Future belongs to the Bold”.  Lord Stunell is one of eight keynote speakers at the event.

The Business Conference is followed by the BMF’s black-tie Awards Dinner, which celebrates the achievements of young people working in the industry. The BMF thanks Encon Insulation, the headline sponsor of BMF Members’ Day Annual Conference and Awards 2018, and Marsh Industries, who sponsor the Awards Dinner, and Monument Tools who sponsor the annual Golf Tournament which is held the previous day. 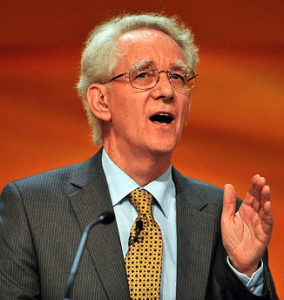 There are limited delegate places remaining for the event. To book your place visit the BMF website at www.bmf.org.uk/events or contact: june.upton@bmf.org.uk

I'm the Assistant Editor on BMJ. If you have any product or people information, or some news you'd like to share, please feel free to email me.
Previous The TIMbag just got better
Next Grundfos, Built to order