Kohler Mira, parent company of Mira Showers, has appointed Craig Baker as its new managing director – taking over from Liz Hazeldene who stepped down last month. 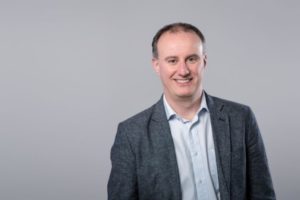 He was appointed following “a short but in-depth process that involved both external applicants and internal candidates from across the Kohler Co global business” according a statement.

His career began at Mira Showers as a design engineer over 20 years ago, before taking on a number of roles including senior project manager mixer showers, new product development director and marketing director.

In 2009 he was awarded the chairman’s award, which is annually presented to only one of Kohler’s 35,000 associates worldwide.

Daniel Brohn, president global faucets, Kohler Co, said: “I have no doubt that Craig is the right person to lead and inspire the team at Kohler Mira. This business has some very strong strategic plans in place, and I know Craig will ensure the team continue to drive and execute those plans.”

In February, the company commenced work on a £20million development at Worcestershire Six Business Park, near Worcester, adding to its sites in Gloucester, Cheltenham and Hull.

With a focus on sustainability, the development will include a Solar PV roof, which is claimed will generate up to 1MW and help Kohler Mira achieve its aim of being carbon neutral by 2035.