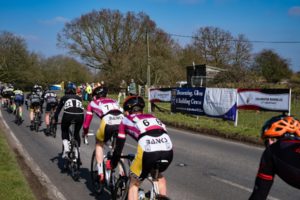 The Race travels nine times around the stunning Abberton Reservoir and this long-standing race has become an important part of the UK cycling calendar.

Simon Blaxill, Managing Director of Kent Blaxill and cycling enthusiast said: “We are proud to be associated with such a prestigious race which attracts top cyclists from around the country and even abroad. Last year, riders attempted to break clear throughout, with the peloton coming together for a thrilling flat-out bunch sprint finish to the line. This is a super opportunity to see world class athletes compete and in 2017 triple Olympic cyclist, Ed Clancy, couldn’t hold his lead in the final metres and the race was won by elite cyclist Steele von Hoff from Belgium. In the past, the race has been won by young riders such as Luke Rowe and Jon Tiernan-Locke, who have gone on to ride for world class teams such as Sky so Kent Blaxill are very proud to again support an event which nurtures talent of this level.”

The race starts at 10 am on Sunday 11th March 2018 and travels nine times around Abberton reservoir with HQ at Alderman Blaxill School.