Impressionist Jon Culshaw will be attending the black-tie Awards Dinner at the Builders Merchants Federation’s Members’ Day event on 27 September.  The Awards Dinner follows the BMF’s Annual Conference on the same day. 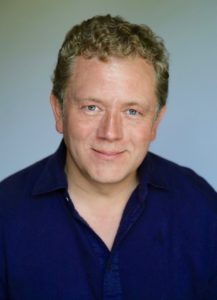 Culshaw has a catalogue of over 350 impersonations including Boris Johnson, Donald Trump, Barack Obama, Professor Brian Cox, and comedians John Bishop and Michael McIntyre.  He has appeared on multiple TV and radio shows including Spitting image and Dead Ringers,  and is currently in the middle of his UK tour, “Great British Take Off”.

In addition to celebrating the achievements of apprentices and young people in the building material supply industry, and the companies that support their development, the Members’ Day Awards Dinner is one of the BMF’s major charity fundraising events each year.  Culshaw is a passionate supporter of Variety, the children’s charity, the BMF’s Charity of the Year.

BMF CEO, John Newcomb said: “We are delighted that Jon will be joining us for our Awards Dinner.  He is not only an exceptional performer, he also helped raise a record sum through the charity auction at the BMF All Industry Conference in Budapest last year.  The merchant industry is always extremely generous at such events, and we look forward to handing over  another significant sum to charity.”

The final tickets for the BMF Members Day Conference and Awards Dinner can be booked at  the BMF website at www.bmf.org.uk/events or by contacting: june.upton@bmf.org.uk

The BMF thanks Encon Insulation, the headline sponsor of BMF Members’ Day Annual Conference and Awards 2018, and Marsh Industries and Monument Tools, who sponsor the Awards Dinner and Golf Tournament.

I'm the Assistant Editor on BMJ. If you have any product or people information, or some news you'd like to share, please feel free to email me.
Previous Elliotts celebrates heritage with limited edition ale
Next Thompstone goes to Huws Gray