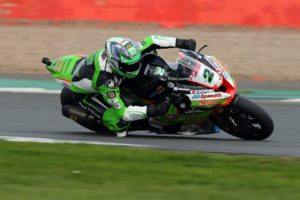 JG Speedfit is looking forward to continuing its long involvement with the British Superbike Championship – and in particular, its ongoing sponsorship of the current title-holding team.

Now part of the RWC family of brands, push-fit pioneer JG Speedfit is looking to emulate the success of the 2018 season, when the JG Speedfit Kawasaki team scored an impressive 1-2 at the top of the rankings.

James Bell, Brand and Marketing Director at RWC commented, “The JG Speedfit brand is all about speed, efficiency and performance, so we’re proud to be associated with a championship-winning team who displays all of those qualities.  We’re looking forward to the 2019 season and hope to repeat last year’s table-topping feats.”

Irwin is hoping to better his last season performance, where he finished third in the championship behind then-JG Speedfit Kawasaki riders Leon Haslam and Jake Dixon.  Meanwhile, Irwin’s teammate, Australian Ben Currie, is preparing for his debut season in Bennetts BSB.

The riders have gone through their paces during the final round of testing at Silverstone and are ready to race.  Road racer James Hillier was also out on the track, putting his Kawasaki ZX10-RR through its paces ahead of the North West 200 in May.

Team owner Pete Extance said: “It was good to have all three riders at the final test before the 2019 season gets under way. That’s the testing done and now the whole team are looking forward to hopefully starting 2019 as we left 2018: at the top!”

I'm the Assistant Editor on BMJ. If you have any product or people information, or some news you'd like to share, please feel free to email me.
Previous Two new Appointments at Vogue (UK)
Next Husky sliding door hardware