IoD boss to speak at BMF All Industry Conference

Stephen Martin, Director General of the Institute of Directors (IoD), Britain’s longest-running organisation for business leaders, is the latest speaker confirmed for the BMF All Industry Conference in Dubrovnik in June 2019. 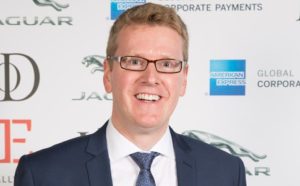 Martin, who took over the top role at the IoD in 2017, is no stranger to the building industry.  He began his career as a quantity surveyor and following senior roles at Westinghouse Security Systems, Kvaerner Metals and Amey Rail, he was appointed Chief Executive of Barhale Construction in 2002.  Following this he served as CEO of the Clugston Group, a construction logistics and property development firm for ten years, during which time he appeared on the first series of the Channel 4 television show Undercover Boss.  He is a fellow of the Chartered Institute of Building, the Royal Institution of Chartered Surveyors and the Institute of Directors, a companion of the Chartered Management Institute and a member of the Chartered Institute of Arbitrators.

BMF CEO, John Newcomb said: “Like the BMF, the IoD took a neutral stance on Brexit ahead of the referendum. But with the All Industry Conference being the first BMF hosted event after official date for the UK to exit the EU, I’m sure Stephen will have a view on how the government can best support business in the UK through the transition period and beyond.”

I'm the Assistant Editor on BMJ. If you have any product or people information, or some news you'd like to share, please feel free to email me.
Previous Britcon completes East Riding Coastal Surfacing Contract
Next Scott Parnell donates hampers to local primary school