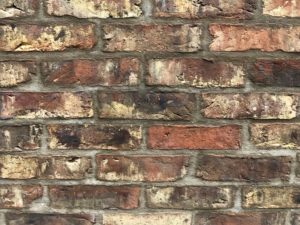 Imperial Bricks has introduced a new, handmade brick: the York Clamp. Previously only available from reclamation, the York Clamp is available from stock and mirrors the features of original bricks found throughout Yorkshire and Lincolnshire. It’s the first time a new handmade version – created using the traditional manufacturing methods – has been made available to the market. With imperial and metric sized options and fully F2 rated, it’s suitable for new build and RMI.

The York Clamp is fired in a traditional kiln which retains the characteristics of the ‘clamp’ firing method and is energy efficient. The partial reduction of oxygen in the kiln creates a band of reds, purples and yellows to exactly match ‘Clamp’ bricks from the area.

Jason Hughes, Managing Director at Imperial comments: “Its unique appearance is down to the lack of temperature control, in the kiln or ‘clamp’, resulting in lots of different colours, banding and no uniformity. It’s a complex brick to replicate. We made a detailed study of more than 200 buildings and analysed numerous samples to create a product that is identical to the original brick and beautiful too.

“Our in-house brick matching team has seen a steady increase of projects for renovations and extensions in the North that require a York Clamp brick but have issues with the quality and stock numbers of reclaimed originals. We anticipate a further rise in demand following the launch of the latest addition to our range.”

Imperial is the leading supplier of handmade, wirecut and pressed bricks. To request a sample or find out more about Imperial’s brick matching service, call 01952 750816 or visit www.imperialbricks.co.uk.

I'm the Assistant Editor on BMJ. If you have any product or people information, or some news you'd like to share, please feel free to email me.
Previous Stelrad adds new New LST
Next Norbord’s new website for a world of panels