Ibstock Brick has celebrated the achievements of its apprentices through its annual Apprentice of the Year Award.

And for the first time, it was decided to present the award to two outstanding apprentices: Jonathan Hackett and Phillip Atherton.

Eight candidates were shortlisted from the UK’s largest brick manufacturer’s apprenticeship programme, who were then invited to pr 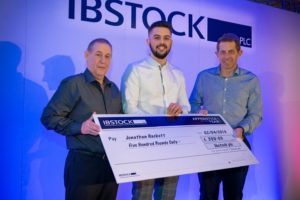 esent to an interview panel. Due to the exceptional standard, the panel agreed for this year only to give the Apprentice of the Year Award to two candidates.

Jonathan Hackett is a fourth year Mechanical Engineering Apprentice at the Lodge Lane factory where he is mentored by Robin Theobold. The panel felt he was able to explain very clearly the route that he took during his mechanical apprenticeship and the results he has achieved. He delivered a strong presentation, going through various work-based projects that he had identified as needing to be resolved. He was able to demonstrate the tools and techniques that he has learnt during his apprenticeship and how he had applied them to his thinking when working on the projects.

Philip Atherton is a fourth year Technical Apprentice at the Ravenhead factory where his mentor is Stuart Brown. Atherton has completed his technical foundation degree and is now working towards his honours degree. The panel felt that he was able to clearly demonstrate the varied projects that he has been involved in at Ravenhead and had to pick up and learn since taking on the role at Laybrook. They also felt he had a great de 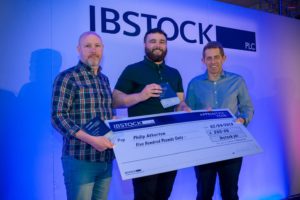 al of potential and this came across in how he has applied his learning from his degree and from the various factories that he has worked at.

The award, which is now in its fifth year, is an opportunity to celebrate exceptional performance. Apprentices at Ibstock Brick gain knowledge of the business through a mixture of classroom and practical learning, with graduates achieving externally recognised academic and vocational qualifications.

The Apprentice of the Year is awarded £500 as well as a two-part trophy; half of the trophy is given to the apprentice with the other half going to the factory where they work.

Paula Wardle, Group Learning & Development Manager at Ibstock plc, commented: “I would like to congratulate Jonathan and Phillip, and all of our apprentices, for their hard work and dedication to learning. Such was the quality of this year’s candidates; the selection panel had a very hard decision in choosing one winner. Both Jonathan and Phillip impressed us with their confidence, academic achievement and the practical application of their skills. They are very deserving winners.

“Our apprenticeship scheme has gone from strength to strength, and it is only by nurturing our future talent that we will have people with the technical expertise and skills to manufacture our products for years to come.”

I'm the Assistant Editor on BMJ. If you have any product or people information, or some news you'd like to share, please feel free to email me.
Previous NMBS launches merchant buddy scheme
Next Scott Parnell Witham get on their bikes