Aquisitive Angeley-based independent builders merchant Huws Gray has made its biggest purchase to date with the acquisition of East Anglian independent Ridgeons.

The purchase of the family-owned Ridgeons adds 40 branches to Huws Gray’s 62-branch empire which stretches across Wales and the north west of England, as far down as Hay-on-Wye in Herfordshire, Erdington in Birmingham and Derby. The group’s turnover in 2017 was £182.6m.

In 2017 the Ridgeons Group turned over £175m and as well as Ridgeons Timber & Builders Merchants, the Group encompasses PlumbStock, which is dedicated to plumbing and heating; Ridgeons Forest Products, the timber processing operation; Anglia Tool Centre, specialist sellers of hand power tools and CRS Wholesale, a bathroom and sanitary ware wholesaler.

This is Huws Gray’s fifth acquisition in six months and makes them comfortably the UK’s fifth largest merchant, behind Travis Perkins, Saint Gobain, Wolseley and Grafton and ahead of MKM. The investment was made by affiliated funds advised by Inflexion Private Equity Partners LLP.

Terry Owen, CEO of Huws Gray, said: “The acquisition of Ridgeons represents a real milestone for our company as we become the largest independent builders merchants in the UK.  Ridgeons is an excellent business with a genuine leadership position in its region and is a perfect addition to Huws Gray’s growing footprint.  We were struck not only by the strength of the company, but also by the considerable similarities between our cultures and management style.”

Gordon Ridgeon, on behalf of the Ridgeon family, added: “Our priority was to find a new owner for Ridgeons with the same culture and values. We are confident that in Huws Gray we have found a like-minded owner who will further strengthen the Ridgeon brand and continue to build on the success of the past 107 years.” 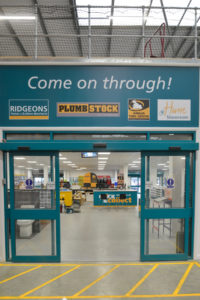 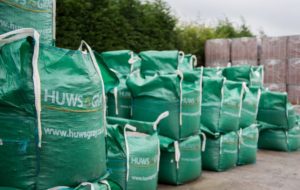