Protect your home on holiday; Identify and isolate water damage early on with GROHE Sense and GROHE Sense Guard – from wherever you are in the world

It’s the nightmare of holiday makers. Returning from a two-week break in the sun and being greeted by a puddle of water as soon as you step foot into the house. There’s been a leak. Cue the mad rush for the stopcock and digging though documents for insurance details. But all this can be avoided. With a few small precautions and the help of some affordable smart technology, the risks can be prevented, leaving you safe in the knowledge that your home is water tight when you jet off this summer. With GROHE Sense and Sense Guard you now have the means to monitor your home for moisture build up, water leaks, and potentially even floods caused by burst pipes, which might help you prevent a costly damage bill later down the line.

In a recent European survey, 49% of homeowners said they switch off the water supply to their washing machine and as many as 45% disconnect their main water supply when they go on holiday. Yet a surprising 54% of survey respondents have experience with water damage.

Further research has shown, according to the Association of British Insurers (ABI), the trade body for the insurance industry, insurers pay out around £2.5m every day to customers who’ve made ‘escape of water’ claims on their home insurance.  And while many of these claims have been recorded for burst pipe damage in the winter, there are plenty of other reasons why leaks occur. Often poorly-installed washing machines or dishwashers can result in leaks, as can water seeping out from under the bath or shower, or from storage tanks in the loft. 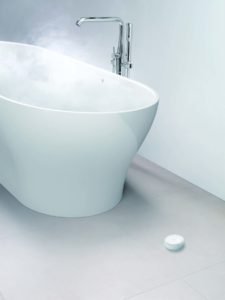 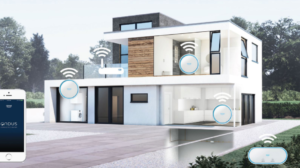 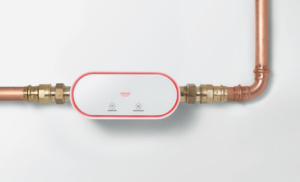 I'm the Assistant Editor on BMJ. If you have any product or people information, or some news you'd like to share, please feel free to email me.
Previous London SMEs urged to take advantage of Cleaner Heat Cash-back scheme
Next Mind Coach joins speaker line-up for BMF Members’ Day