Grafton Group plc, the international builders merchanting and DIY Group, saw turnover increase by 8.7%, according to a trading update for the year ended 31 December 2018. 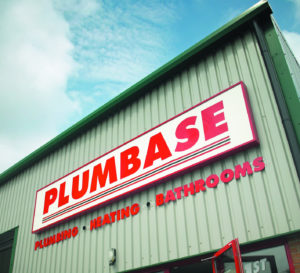 The update, issued in advance of the announcement of the group’s Final Results for 2018 on 28 February 2019, shows group revenue for 2018 was £2.95bn, an increase of 8.7% from £2.72 billion in 2017.  Revenue growth in constant currency was 8.4 per cent and average daily like-for-like revenue increased by 4.3 per cent. As expected, the rate of growth was lower in November and December following above trend growth in September and October.

The merchanting operations in the UK saw revenue increase by 7.7%; the Irish businesses fared slightly better with an increase of 8.4%.

As part of the overall strategy to improve returns, the Group disposed of two small non-core UK businesses which contributed revenue of £40.0 million and EBITA of circa £1.4 million in 2018.

Gavin Slark, chief executive officer of Grafton Group plc said: “We are pleased with the strong performance over the year, with contributions from both organic growth and the Leyland SDM acquisition.   The Group continues to benefit from its exposure to multiple geographies and its diverse customer base.  The Group’s cash generative businesses, strong balance sheet and low level of net debt support our development strategy for the year ahead.”

Grafton trades from around 675 branches and has over 12,500 employees, working under brands including: Selco, Buildbase, Plumbase, Leyland SDM, MacBlair and CPI EuroMix in the UK; Chadwicks, Heiton Buckley and Woodie’s in Ireland; Isero and Gunters en Meuser in the Netherlands and YouBuild and MPRO in Belgium.

Group Managing Editor across the BMJ portfolio.
Previous NFB supports Abrahams’ bill
Next Bull celebrates success in the land down under