Elliotts, the Hampshire-based builders merchant, has teamed up with Tap It Brewing Co to launch an exclusive pale ale to celebrate their beer-brewing heritage.

Founder Thomas Elliott owned a brewery and four pubs in Southampton in the 1870s, so Elliotts has gone back to their roots to create a pale ale to round-off their 175-anniversary celebrations. 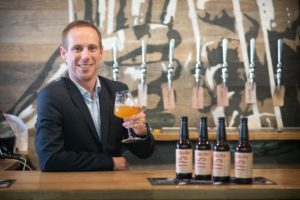 Launching on International Beer Day (Aug 3), 310 members of Elliotts staff will get their hands on two bottles of Elliotts 175 pale ale presented in a special-branded box.

Tom Elliott, managing director of Elliotts, said: “My ancestor knew that building was thirsty work, so we wanted go back to our heritage and brew a beer with a modern-day twist. Partnering with Tap It Brewing Co was a natural fit as they’re a stone’s throw away from us. Plus, they’re on a mission to make exceptional beer!”

Rob Colmer, Head Brewer at Tap It Brewing Co, added: “It’s been great to work with Elliotts. We had a couple of initial taste tests at our tap room and together we agreed on a flavour profile that would work for them. We’ve brewed a unique recipe that’s refreshing, dry, full of citrus flavours and perfect for summer.” 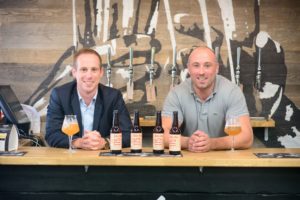 Since 1 October 2017, Elliotts has recreated a horse and cart delivery and filmed their fleet of 54 lorries with a drone, to celebrate the milestone. They have also been crowned Family Business of the Year (South-East) at the National Family Business Awards 2018.

The limited edition pale ale will not be available to buy but Elliotts is giving five cases away. Customers and members of the public can have a chance of getting their hands on one by heading to www.elliotts.uk/beer.