Chris Burd CBE passed away aged 83 on the 7th June 2018 after a very short illness. The gathering at St Michael’s Church, Michaelston-­y-Fedw, Cardiff for a Service of Celebration of his life bore testimony to his remarkable career.

Burd graduated from Bangor University with a degree in forestry and after his National Service in the Royal Navy joined the Welsh Forestry Commission. Chris was tasked with South Wales forest management together with sourcing outlets for increasing volumes of mature softwood timber.

In 1964 he left the Forestry Commission to join E.C. Cases in South Wales. Shortly after, construction of the Senghenydd Sawmill on the site of the Universal Colliery commenced, led by Burd. In 1971 Western Softwood was formed with Burd leading the new business development and the sale of the company to St. Anne’s Board Mill, a part of the Imperial Tobacco Group.

With support from Imperial Tobacco, Western Softwood expanded and the sawmill at Newbridge on Wye, Mid Wales constructed. He was instrumental in the design of the Sawmill which incorporated pioneering Scandinavian technology new to the UK. Shortly after construction, the most advanced sawmill in the UK was commissioned.

In 1980, during the construction phase of the Newbridge Sawmill, Imperial Tobacco sold Western Softwood to A & R Brownlie. Eight years later A&R Brownlie acquired a third sawmilling company, Thomas Smiths & Sons, and BSW Timber was formed. Burd was the company’s first Chief Executive and one of the founding leaders that laid the foundations for the modern company recognised as BSW Timber Ltd today.

He held the CEO position for seven years during which he oversaw the integration, development and expansion of the harvesting and sawmilling business that secured not just the future of BSW but the on going sustainable future of the forestry industry in the UK. 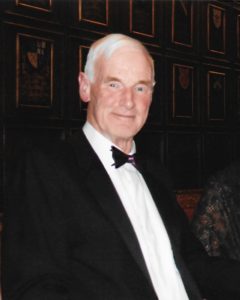 retired in 1995 and in recognition of his efforts and services to the forestry industry was awarded the CBE.

I'm the Assistant Editor on BMJ. If you have any product or people information, or some news you'd like to share, please feel free to email me.
Previous Workwear for women …at last!
Next New water treatment products good for the environment