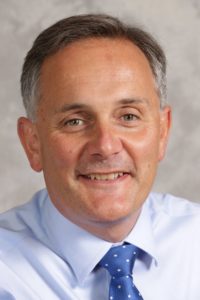 The builders merchants industry was in Andrew Cope’s blood from a very early age. His father Robert was the owner and managing director of a builders merchants and Andrew spent time working in the business during school holidays.

Cope left university in 1985 with a degree in business management. Initially he joined a firm of chartered accountants as a trainee but discovered early on that it wasn’t the right career choice for him. After leaving the Chartered Accountancy firm Andrew joined Hall and Co Builders Merchants as a Graduate Trainee beginning his training in the yard before moving into sales and then on to managerial positions in branches in Chichester and Portsmouth.

When he joined in 1991 the company only had three branches Ringmer (where Andrew became manager), Lewes and Petworth – this was before it went into receivership in 1992 re-emerging in its current guise in 1993. Andrew’s father, Robert, was one of the two principle shareholders who purchased the assets of James Chandlers Builders merchant that had previously traded for 127 years but was placed into receivership in 1992.

Since Cope became MD in 2000 the company has expanded to its current 13 branches (8 building and 5 roofing) Expansion began in 2008 when the Thanet branch opened with the most recent opening being a roofing depot in Harrow, followed by an large extension of its Brighton branch this month (July 2018). 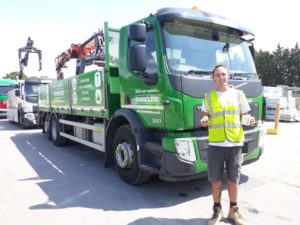 Under his leadership Chandlers Building Supplies is now recognised as one of the region’s super growth businesses and prestigiously has been listed in the London stock exchange group ‘1000 companies to Inspire Britain’ – celebrating the fastest-growing and most dynamic small and medium-sized enterprises (SMEs) in the UK.

I'm the Assistant Editor on BMJ. If you have any product or people information, or some news you'd like to share, please feel free to email me.
Previous New Partner Strengthens NBG Family
Next Financials soar as 25-year celebrations take place