Talented people working in the builders’ merchant industry are to be recognised as part of a campaign to encourage others to follow a career in construction.

Launched in March 2018, UK Construction Week (UKCW) established its Role Models campaign, with help from the Construction Youth Trust, to inspire others and raise awareness of the breadth of roles available in the construction industry. The winner will be announced on 10 October on the UKCW Stage at the NEC, followed by a champagne reception and a meet and greet with keynote speaker, Barbara Res.

After much consideration, the judges put together a shortlist of 36 people from more than 130 high-quality entries. Representatives from the builders’ merchant industry include Lauren Haines, director at Elliott Brothers; Roger Tarry from Elliott Brothers; and Magda Dexter, customer experience and internal communication director at Jewson.

The judges were impressed with the role models’ passion for the industry despite ‘stumbling’ across it; recognising the great career opportunities on offer; promoting diversity; and tackling the skills shortage. 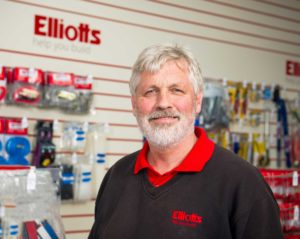 “As part of being shortlisted, role models will take part in an outreach programme to help build connections with local schools and colleges. It’s about sharing their construction career journeys and inspiring the next generation by dispelling the myths surrounding the construction industry.

“It’s an amazing opportunity for people to be celebrated in an industry that often gets negative press. It’s also an opportunity to celebrate the work the role models are doing, not just on a day to day basis, but the work they’ve personally taken on to make this industry better.”

The role models will share their thoughts on key industry issues as guest bloggers for the Construction Matters Blog. They will have VIP access to UKCW, which takes place on 9-11 October, and will be available to talk to others about their careers in construction and their visions for the future of the industry.

Ahead of the presentation for UKCW Role Model of the Year, a discussion will take place on the UKCW Stage about creating the new generation of construction professionals. Shortlisted role models Emma Ferguson-Gould and Ryan Williams will join architect Elsie Owusu and BBC presenter, Steph McGovern, will be the host.

New to UKCW this year is the first BMF Young Merchants’ Conference at the BMF Pavilion. Fitting in with UKCW’s ‘Future of Construction’ theme, the conference focuses on building for the future with a range of inspiring speakers including two-time Olympic silver medallist, Steve Backley OBE and keynotes speaker, TV presenter and architect, George Clarke.

UKCW will be an event that inspires, with speakers such as Barbara Res – an engineer, lawyer and the project manager behind Trump Tower, the launch of the 2019 Passivhaus Student Competition, and a timber structure project by Manja van de Worp and students from the school of architecture at the Royal School of Art.

Free tickets are available from www.ukconstructionweek.com

Keep up with UKCW Role Models activities on Twitter at @UK_CW and using the hash tag #UKCW2018 and read guest blog posts starting with Magda Dexter’s at www.ukconstructionweek.com/blog

I'm the Assistant Editor on BMJ. If you have any product or people information, or some news you'd like to share, please feel free to email me.
Previous Domus launches new website – Domusgroup.com
Next Irvine welcomes new site for industrial development