BSRIA is delighted to announce that the guest speaker at its flagship event – the annual Briefing and lunch – is Dame Kelly Holmes, DBE and will be held at the Brewery, in London, on Friday 15th November 2019.

A double Olympic gold medallist, Kelly Holmes became only the second woman in history to claim the 800m and 1,500m titles in the same games.

After winning the English Schools’ tournament, Kelly chose to pursue a career in the army, serving for almost 10 years. She only decid 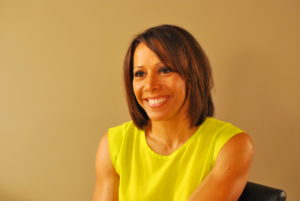 ed to return to the track after watching athletes on television against whom she had competed in her schooldays.

In 1994, Holmes won the 1,500m at the Commonwealth Games. Her career nearly came to an untimely end at the World Championships when she limped off with a serious achilles injury. On the brink of quitting the sport, she nonetheless fought her way back to form for the Sydney Olympics in 2000. She recovered from illness in time to win at the Manchester Commonwealth Games and then earned the nation’s admiration with her remarkable achievement in 2004 in Athens.

In the same year – she was named BBC Sports Personality of the Year.

Holmes will look at the “ups and downs of her career on and off the track”. She will consider what kept her going and with humour and insight share what it takes to “achieve your goals”. Drawing on her time with the Army, as well as her athletics career, she will look at effective team building as well as the importance of physical and mental health and wellbeing.

Awarded an MBE for her services as a British Army physical training instructor, she founded the Dame Kelly Holmes Trust to support both retired athletes and disadvantaged young people. She was an Ambassador for London 2012 and is patron of several charities.

She founded a multi-million pound programme for British women athletes. She is also author of a clutch of books, including Black, White & Gold and Just Go For It! 6 Simple Steps to Achieve Success.

Julia Evans, Chief Executive, BSRIA said “We are delighted that Dame Kelly Holmes, DBE has agreed to be BSRIA’s guest speaker at this esteemed event. Kelly is a world-renowned speaker – with both professional and personal competitive experience – so our members and audience will be able to listen to a motivating and thought-provoking speech.

“As a double Olympic gold medalist, Holmes will be able to make reference to such successes, but also her humbling journey and trajectory to this pinnacle. She can also speak about her career since 2000 and how she is passing on the baton to female athletes now. Her story will certainly resonate with BSRIA members so we expect a lively ‘q&a’ session too!”

With the science behind climate change well proven, along with dwindling natural resources action is urgently needed to counteract this. The Built Environment Industry is at the vanguard of delivering change that can make a difference. This year’s Briefing will focus on the role our industry will play in delivering change: servitisation is just one example of the potential of being able to provide resourceful energy use, enhance well-being and improve productivity.

However; this will be a challenge to deliver in existing buildings. Are we laying a minefield for contractors and in-house staff?

We will also hear how the circular economy can create new opportunities for growth and help reduce the environmental impacts of our manufacturing and consumption globally, while offering an opportunity to “reshape business”.

The Briefing will highlight how we could broaden the boundaries of design, balancing the needs of energy efficiency and well-being.

The lunch is at 13:00: the event will close at 15.30. More detailed information on the event is available at:

A Climate of Change – how future technology and improved processes could secure energy efficiency & wellbeing.

I'm the Assistant Editor on BMJ. If you have any product or people information, or some news you'd like to share, please feel free to email me.
Previous Scott Parnell appoints new Northern Regional Director
Next Marley helps contractors reduce working at height risk