Brick industry moves up a gear

August 2018 saw 21% more bricks being produced in the UK compared with August 2017, according to the latest ONS figures for brick production in the UK. 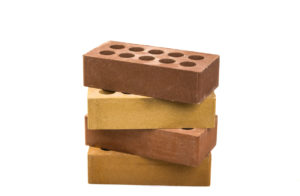 That represents a 39% rise on August 2016, showing consistent growth in output resulting from increased capacity across the sector.

“There has been considerable comment on brick supply issues over the last two years,” says Brick Development Association’s Tom Farmer. “The industry has proved remarkably responsive to increased demand, with all the major players investing to increase production capacity.  The supply chain is also importing stock from the EU in order to bolster supply in the short term.

“It is heartening to see UK manufacturing making long-term investments in plant, people and technology.  Brave decisions were made when the housebuilding sector started to show signs of recovery and the increasing production numbers show the results of those decisions.”

In addition to increasing production volume, the BDA also points to the Mace Business School estimate of lead times for brickwork which, at 11 weeks, is well below the 28-60 week lead times quoted for other cladding materials.c