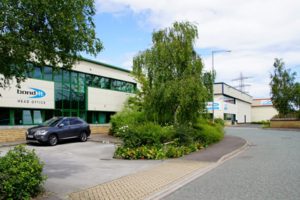 Reflecting its commitment to manufacturing excellence and to delivering the highest levels of service and support, Bond It has secured two new quality certifications.

Building on Its success in holding ISO 9001:2008 and ISO 14001:2004 for 11 and six years respectively, the UK-based manufacturer of sealants, adhesives and building chemicals has now successfully transitioned to the 2015 versions of both standards.

The well known standards, which are employed and trusted by organisations across the globe, are revised and updated on a regular basis to ensure their continued relevancy in an ever-evolving business world.

To achieve certification to ISO 9001:2015, organisations must not only demonstrate the robust quality management systems demanded by the previous 2008 version but also meet a number of further criteria. These additional requirements focus on aspects such as increased globalisation, a greater need for risk-based thinking and the growing use of multiple management systems at the same time.

All organisations certified to ISO 9001:2008 and ISO 14001:2004 must transition to the new 2015 versions by midnight on the 14th September 2018 after which certification to the earlier variants will no longer be valid. Bond It’s updated certifications were awarded following an extensive and in-depth audit of the company, its systems and its working practices. This was conducted by independent, external assessors, Alcumus ISOQAR.

Commenting on Bond It’s certification to ISO 9001:2015 and ISO 14001:2015, Graham Helm, operations director at the company, said: “The entire team at Bond It is delighted to have received the latest ISO 9001 and 14001 certifications. It’s a testament to the quality and environmentally conscious approach that prevails throughout our business. It also provides our customers with independent reassurance of our belief in maintaining the highest standards in every area – regardless of whether that’s product manufacturing, service delivery, staff training or environmental performance.”

Bond It is also currently working towards securing OHSAS 18001. This additional, globally recognised standard complements ISO 9001 and ISO14001 and demonstrates an organisation’s commitment to best practice health and safety management.