The Builders Merchants’ Federation has welcomed a Government decision that ministers will allow BMF members to adopt postponed accounting for import Value-Added Tax on goods brought into the country after the United Kingdom leaves the EU in exactly seven months’ time.

The Department for Exiting the European Union announced this concession as part of the first wave of technical notices it has published to inform businesses about what plans and preparations they ought to do in case of a ‘no deal’ Brexit departure.

Ministers have decided that, if the UK leaves the EU without an agreement, they will introduce postponed accounting for import VAT on goods brought into the UK. In other words, VAT-registered BMF members that import materials and products will be able to account for import VAT on their VAT return – instead of paying import VAT on (or soon after) goods arrive at ports. This concession applies to imports from the EU and non-EU countries. 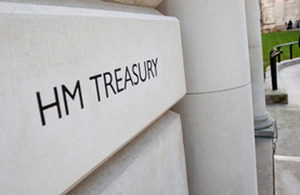 “We are very pleased the Government has decided to allow importers to use postponed accounting for import Value-Added Tax due on materials and products that BMF members distribute. This is an undoubted win for BMF lobbying at a time of political and business uncertainty amid worries that not enough is being done to prepare for a ‘no deal’ departure”.

“While others in construction are worried about the number of workers available after Brexit, our concern from the very beginning was focused on VAT and the likelihood of having to pay 20% extra upfront, and the impact on prices and supplies. We look forward to the necessary legislation being passed in the coming months to give effect to this very welcome decision”.

Without this decision, the BMF calculated that potential additional costs would be about £1 billion for European softwood; £160 million for imported bricks; and £80 million for paint from the EU.

Mr Amphlett said ministers have taken a common sense approach and a tax bombshell has been avoided – especially for SMEs – by taking a decision in good time. However, customs declarations, rules of origin declarations, and paying duties at borders will still be required, he added. The BMF hope that detail on these procedure and payments will be in the next wave of DExEU technical notices. Importers will also have to register for an UK Economic Operator Registration and Identification (EORI) number, and check that contracts and terms & conditions are all up-to-date.

I'm the Assistant Editor on BMJ. If you have any product or people information, or some news you'd like to share, please feel free to email me.
Previous Sandtex gets Happisburgh Lighthouse ship-shape
Next ‘Owl look after you’, say Selco staff