The Builders Merchants Federation has welcomed the launch of the All-Party Parliamentary Group for SME Housebuilders, on the grounds that the interests of smaller housebuilders are not properly understood nor advanced at Westminster – and that this must improve if England is to build anywhere near 300,000 new homes per year. 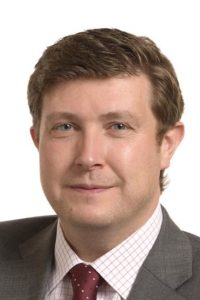 At the first meeting of the APPG, members of both Houses confirmed Andrew Lewer, Conservative MP for Northampton South, as Chairman. The aim of the Group is to provide answers to Parliament and Government on how England can deliver more and better new homes, especially through SME housebuilders.

Participants want to see more muscular action from central and local government to ensure that promises to build homes “as soon as possible” are taken literally and completions are accelerated.

Brett Amphlett, BMF Policy and Public Affairs’ Manager, attended the meeting. He said: “The BMF welcomes renewed efforts to support and mobilise SME firms that are the customers of merchants. The objective of this APPG chimes with BMF work to change the ratio between volume housebuilders and the other vital players in the market. Andrew Lewer and other MPs involved have practical, real-world knowledge from their days before election to Parliament to contribute to help solve today’s housing crisis. I am grateful to Mr Lewer for inviting the BMF”.

Discussion at the meeting focussed on encouraging privately-owned SMEs to return to the market and do what they do best – building a small number of homes, in very many locations, often in keeping with their surroundings, that voters what to buy, to boost the overall number and type of homes completed.

The next meeting of the APPG for SME Housebuilders is in February at which Sir Edward Lister, Chairman of Homes England, is scheduled to speak.