Best female contractor in Europe is “victory for women”

Europe’s Best female contractor has described her prestigious prize as a “victory for all women” – and her elation at the “tangible recognition” for her company Golden Houses Developments.
Monika Slowikowska picked up the Best Woman Contractor in The European Women In Construction & Engineering Awards, which took place on the evening of Thursday 24 May at the Royal Lancaster, London, and says the award demonstrates the positive difference women can make to the industry.
Her 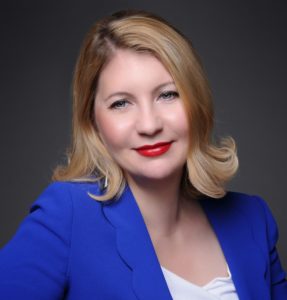 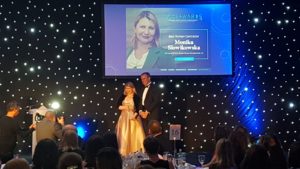 award marks the latest in a long list of accolades for Golden Houses, which has recently opened a joinery workshop in Harlow, London.
Just 11% of the UK’s construction workforce is female – only 2% of whom work in manual as opposed to office roles.

But as a leader in her field, Slowikowska says women have much to offer the industry and is dedicated to mentoring others:
“My achievements have been acknowledged with the Best Woman Contractor prize at the European Women In Construction & Engineering Awards, and this is a humbling but very proud moment for me,” said Slowikowska who is the founder and managing director of Golden Houses. “I believe that better people make better businesses, and I combined this approach with my construction experience to start a successful company. I hope that this award means I can continue creating fantastic developments while mentoring other women in the field and helping them believe in their capabilities.”
She adds women “bring a lot” to the construction industry, describing her own perfectionism and problem-solving skills – and the fostering and promotion of teamwork.
She said: “Balancing ‘soft’ and ‘hard’ skills, I develop and enhance the talent around me, while meticulously monitoring the progress of projects and fostering innovation by using neuroscience, emotional dexterity and Artificial Intelligence to improve processes and efficiency.”

The Polish entrepreneur, who spoke no English when she first arrived in the UK with her “big dream” for Golden Houses, believes these attributes have contributed to the huge success of the company.

“Golden Houses Developments presents a new attitude in construction, where conflict is resolved smoothly and the team’s energy is channelled into delivering superb work on time and on budget,” she said. “I believe in inspiring my team to uphold the highest standards in everything that they do.”

It is hoped these awards will inspire other women to work and succeed in construction and engineering and encourage related companies to employ and train more women.

I'm the Assistant Editor on BMJ. If you have any product or people information, or some news you'd like to share, please feel free to email me.
Previous Light after the storm? The PMI remains unchanged
Next Graham launches Altech Smart Home range