Bathstore, the bathroom specialist, is facing potential administration, having failed to find a buyer.

Advisory firm BDO has been lined up to handle an administration of the chain which has 168 stores and employs over 700 people. Based in Welwyn Garden City, it has been owned by the American billionaire Warren Stephens since 2014, when he backed a management buyout.

Founded in 1990 by Patrick Riley and Nico de Beer, it was sold to Wolseley, which grew the business from 33 to 170 stores but sold it to the private equity firm Endless in a £15m deal.

Accounts filed at Companies House show the retailer making a pretax loss of £22m on sales of £141m in the year to 31 July 2017.

Bathstore’s chairman, Geoff Battersby, who joined the company in January 2018 after the period’s end, said the company had been hit by a marked reduction in consumer confidence in 2017 and increased sourcing costs following the devaluation of sterling in the wake of the 2016 Brexit vote. 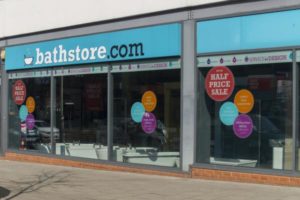