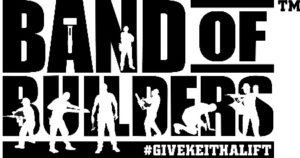 A kind-hearted group of tradesmen and women have given a fellow builder suffering from Motor Neurone Disease a “new chapter” by renovating his home and garden so he can spend precious time with his family.

Electrician and general builder Jamie Thompson was diagnosed with Motor Neurone Disease in October 2014, aged 45, and given just three years to live.

The 49-year-old from Cradley in Herefordshire has surpassed medics’ expectation but has been confined to areas that his motorised wheelchair can access. The situation left him unable to get into his garden to spend time with two-year-old son Ollie and daughters Kiya, 12, and Amber, seven, who are from a previous relationship but visit regularly. 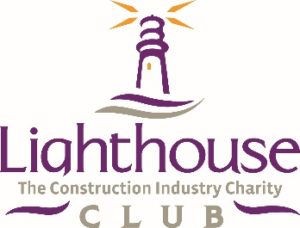 Band of Builders, a charitable organisation that carries out projects and adaptations to help tradespeople and their families, teamed up with the Lighthouse Construction Industry Charity, which offers financial and mental wellbeing assistance to construction workers, to overhaul Jamie’s garden and renovate his kitchen.

While Jamie and Sarah stayed at a nearby hospice, volunteers from Band of Builders descended on the home to carry out the work over eight days.

The project – the seventh carried out by Band of Builders in the last 12 months – saw tradesmen and women from across the country give up their time for free to completely replace the kitchen at Thompson and Sarah’s home, as well as landscaping the garden to make accessible paths for his wheelchair and a seating area where the family can spend time together.

During the week, the volunteers saw an outpouring of support from the local community, from free accommodation provided by neighbours, the school where Sarah works and local pubs, to deliveries of food and drinks from local restaurants, keen home bakers and Jamie and Sarah’s friends and family.

The transformation was revealed to the couple in an emotional handover attended by the volunteers, their family and friends and neighbours from the village.

Thompson said: “What a transformation! It was a pleasure to meet every single person involved in this project. It has opened up what has become an increasingly small world as an MND sufferer. My heartfelt thanks go out to all three organisations – Band of Builders, The Lighthouse Charity and St Michael’s Hospice, who have helped make this project such a huge success. I feel we have made new friends for life. A huge thanks also to all family, friends and the community who supported the builders throughout the week.”

Sarah added: “What Band of Builders have done is nothing short of a miracle. This really is a new chapter for Jamie and us. Until now Jamie’s been virtually confined to one room. The changes that have been made thanks to this project means he can now get into the kitchen and out onto the decking. More importantly, he can actually get down into the garden to spend time with Ollie and the girls. Until now he’s had to watch from afar, but he can actually be with them now and make some happy memories.”

The project was partially funded by the Lighthouse Charity, with some of the building materials donated by Jewson as part of the Trade Hero prize awarded to Band of Builders’ founder Addam Smith during the 2017 Building Better Communities.

Richard Patchesa, trustee at Band of Builders, said: “When we first met Jamie, we realised that not only was he limited by MND, but by the lack of accessibility to some of the most sociable areas of his home. By installing a new kitchen we’ve made one of the most sociable rooms in the house accessible to Jamie again, and he can finally spend time in his garden making memories with his family. For each and every person involved in the project, seeing Jamie and Sarah’s faces is more of a reward than any day rate and if we’ve made just a tiny difference to their lives then we’ll be happy.”

Bill Hill, CEO of the Lighthouse Club Charity, said: “We are delighted to be able help Jamie and his family through the joint partnership with Band of Builders. We receive no public finance and rely on the support from within the industry to help us provide vital support services to construction families in need like Jamie so he can enjoy precious time with his family.”

I'm the Assistant Editor on BMJ. If you have any product or people information, or some news you'd like to share, please feel free to email me.
Previous SterlingOSB converts campervan into a cosy home-from-home
Next Fixings and powertool business reveals its comical side in new video