London mayor Sadiq Khan’s decision to fund a ‘developers’ toolkit’ to simplify the construction of offsite homes has been welcomed by pan European insulation specialist Actis.

The project, towards which the mayor’s office will contribute £50,000, will see the production of a set of tools and guidance to speed up delivery of homes which are mainly constructed within a factory environment. The project, due for completion in the autumn, is being led by Mark Farmer, author of the government commissioned Farmer Review of the Construction Labour Model, which calls on the sector to ‘modernise or die’ and recommends the large-scale use of off-site construction.

He says construction should be more like a car factory production line, with every section deliverable to a pre-determined quality standard.

The project, which follows a recent London Assembly recommendation to help solve the London housing crisis through building more offsite homes, is aimed at meeting the capital’s target of building 65,000 homes a year over the next decade.

Actis, whose Hybrid insulation, vapour control layer and breather membrane system is a popular choice for timber frame manufacturers, is a long-time champion of offsite production. Regional sales director Jemma Harris explained: “Building a timber frame house is around 30% faster than brick and block. With a shrinking workforce and the likelihood that this situation will worsen in the light of Brexit, off-site is a vital way of creating the homes we desperately need in this country. 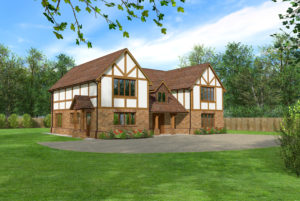 The bulk of the skilled element takes place off site. Timber frame walls, floors and roofs, complete with electrical wiring, plumbing and insulation are built in factories at relative speed. The site crew ‘just’ has to erect everything in the right order with a typical build time of between seven and 12 days, depending on the size of house.”

I'm the Assistant Editor on BMJ. If you have any product or people information, or some news you'd like to share, please feel free to email me.
Previous Bob Beaver Memorial Shoot 2018
Next New Commercial Director Joins W.Howard Team