Charities were the winners of this year’s Polypipe Regatta after the annual event raised a whopping £11,000 for good causes.

Almost 50 boats took to the Port Solent to participate in the friendly competition, which celebrated its 20th year on September 5-6, as more than 400 members of the plumbing, heating and construction sectors raised money for causes including Help for Heroes and the John Merricks Sailing Trust.

The two-day event included a day of sailing and celebration evening of food, live music and entertainment. 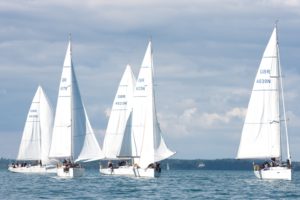 Help for Heroes entered three boats in the race, which were filled with ex-servicemen and women who are supported by the charity.

Paralympian long jumper Luke Sinnott, a former Royal Engineer who lost his legs in a bomb blast in Helmand province, spoke to Polypipe’s guests about how Help for Heroes had supported his sporting ambitions.

Polypipe has a long-term association with charity the John Merricks Sailing Trust, which teaches young people how to sail. Trustee Jim Saltonstall announced that the event has helped to raise £400,000 for the charity over the last 15 years.

An auction and raffle raised more than £8,000, with prizes on offer including Manchester United match tickets, a round of golf and luxury hotel stay at St Andrews and the chance to sail on the classic gaff cutter Thalia. 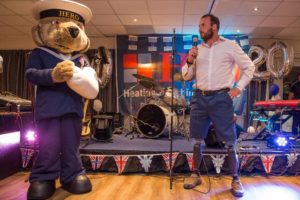 Meanwhile, surplus food from the event was donated to the LifeHouse homeless shelter in Southsea.

Vince Miles, divisional sales director at Polypipe Building Products, said“Over the last two decades, the Polypipe Regatta has developed into a hugely popular event that never disappoints. This year was no exception, with so many supporters of the event again making the trip to Portsmouth to join us for the celebrations.  Help for Heroes and the John Merricks Sailing Trust are charities close to our hearts and all of the Polypipe team are proud to know that the money raised really does make a difference to the lives of so many.” 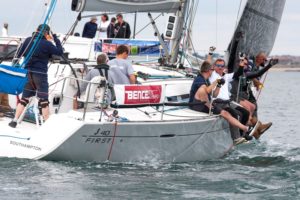 I'm the Assistant Editor on BMJ. If you have any product or people information, or some news you'd like to share, please feel free to email me.
Previous Three local charities make D.W. Nye’s shortlist for funding
Next More than 1400 visitors attend EGGER Hexham open days Ideal Standard has partnered up with Beggs and Partners, to new dedicated retail area within …